Hamas is considered one of Israel’s greatest threats, but the Islamic terrorist organization found its beginnings in the misguided Israeli effort to encourage the rise of a religious alternative that would undermine the popularity of the Palestine Liberation Organization and Yasir Arafat.

The strategy resulted in the birth of Hamas which rose from these Islamic roots. Israeli Prime Minister Ariel Sharon was a member of the government when the policy was developed in the late 1970s.

Although Sharon and his Likud (formerly Herut Party) government colleagues could not anticipate that the Islamic leaders they backed would eventually evolve into Hamas and suicide bombings, the two have benefited from each other’s extremism over the years.

Click here to read the rest of the story 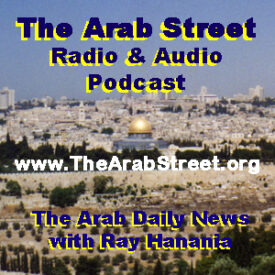 The Arab Street Podcast on Middle East politics and issues